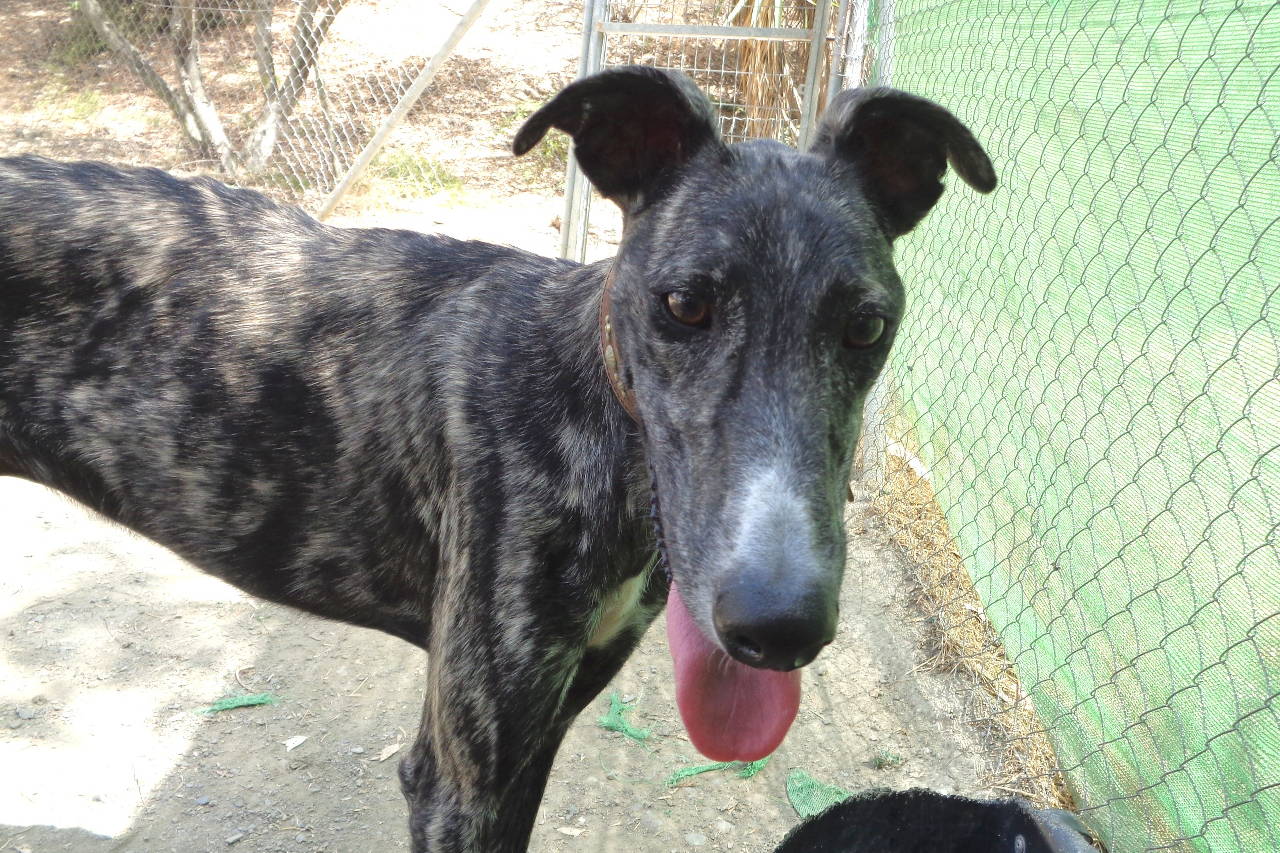 Mateo is a lovely young adult male of around two years old who has just come from another shelter that we help out. He was found wandering alone in the campo in July and the people that found him took him to the nearby shelter. Though very underweight, he is in good health and has the gentle sweet nature typical of the Galgo.

Mateo is an intelligent dog who responds very well to fuss and affection, loves walks and is progressing nicely with lead training and enjoys his time in the play-pen where he gets on well with the other dogs. He is kennel with ‘lifer’ Hardy and sweet Julia and they have formed a nice friendship.

It is quite likely that Mateo was used as a hunting dog but abandoned when it transpired that his skills were not good enough. We are quite sure that he will make a wonderful and loyal companion for the right person. It is possible that, due to his breed and background, he would not be able to walk off lead in the countryside but would be happy to run and play with the other dogs in the dog park a few times a week.

Mateo will be ready to travel in October.

News update! One of the volunteers has fallen in love with Mateo and has adopted him. They will travel ‘home’ to Sweden together.